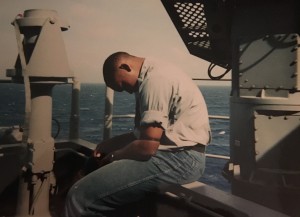 “Who do you think of when you imagine great leaders?” We were asked this question in the second week of Navy Surface Warfare training. There were many answers proposed, all of them being leaders with some positive intention: Gandhi, the Dalai Lama, presidents and many others. I, still not fully rid of my punk kid attitude (and not experienced enough to grasp the immense viewpoints outside of my world) couldn’t resist the temptation to make a smart aleck comment. “Hitler,” I blurted out. There was a snicker from a couple of the other sailors in the classroom.

“Exactly,” said the Marine Sergeant leading the training. “I can see that you thought you were being funny, but leaders have certain traits that make them leaders. One of those most important is the ability to get people to follow them. Hitler wasn’t a nice person, but he got people to follow him. Another trait is having a vision to work toward. Hitler’s vision wasn’t a kind vision, but it was a powerful vision that resulted in people following him.”

That was the military, and it was still when you obeyed those above you in rank because there was no time in war to discuss opinions. The remainder of the class had much less to do with the traits inherent to leaders and more to do with how experience qualifies those with rank. Experience gave them the ‘skills’ necessary to make the unquestionable decisions. Of course, we now know this isn’t necessarily the most effective form of leadership. Even the current military is stressing team decision-making over the one- person-shall-rule-them-all mentality. 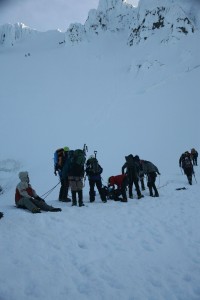 How Well Do You Rate on the Core Leadership Competencies?

In this week of Transformational Leadership, we dig into the necessary traits of an effective leader, according to Mike Lombardo and Bob Eichinger. Lombardo and Eichinger compiled 15 years of research to develop what they saw as 67 core competencies of effective leaders. Most of the traits seem pretty intuitive. I would expect leaders to be action-oriented, good decision makers, good problem solvers, and to have a strong drive for results. On the other hand, there are some traits that I wouldn’t have considered until I saw this list. Consider that humor is one of the traits they list as essential, albeit positive and constructive humor. All of these individual traits are listed in the Lominger competency sort cards that we reviewed in class. The cards each list a skill, such as the first: action oriented. The skill is then broken down into the variants of each skill. Skilled people who are action-oriented enjoy working hard. When the skill is overused, the person may become a workaholic. When the skill is not present, a person is slow to act on opportunity. Each of these skills is then grouped into one of four factors and one of 12 clusters within those factors.

Choosing a number of the cards, we assessed how skilled we were in that trait and used that to determine if this was a skill on which we should work to improve and include as part of our six-month leadership action plan. Some of the skills that I determined I needed to improve upon were organizing, planning, and priority setting. As you might have already guessed, those skills fall into the same category. It also wasn’t an eye-opening revelation for me. I identified these as places for improvement years ago and I’ve continued to add layers to how I approach planning and organizing. For instance, I started by making task lists. Later I began to prioritize the tasks. When I started this course I committed to scheduling time each month and week to break bigger goals into achievable parts and fit them into my daily schedule. The process will continue to be refined as I learn more about myself. As I’ve said before though, every journey in leadership is about practicing improvement and not achieving perfection.

One important thing I’ve learned about myself, in my own journey, is that I’m a time optimist. I believe I can achieve tasks in less time than is realistic. As part of my effort to combat this, I’ve added journaling to my six-month action plan. In my journal I keep records of the actual time to achieve a task compared to the time I thought it would take.

Taking the Lominger cards a step further, there is a For Your Improvement program. In this book, each of the competencies is described. In addition to the skilled, unskilled, and overused parameters, advice is included related to developing or improving the competency and potential reasons for having lower skill in this area. I find this is a great tool for constant improvement. As Jim Rohn has said, “You cannot change your destination overnight, but you can change your direction overnight.”

What are your strongest competencies?  How can you start changing your direction to change your destination?

The musical explores how the relationship between them leads to each taking different paths in life. Throughout our own lives we are touched by many relationships. Even seemingly insignificant relationships have profound effects on our lives. When I was younger growing up in Utah, I was really interested in hunting and fishing. I read years of back issues of Sports Afield and Field and Stream magazines that my grandpa collected. I even had my own subscriptions to keep up on the current information. I read over and again every fly fishing story and technique available. Finally, I convinced my dad to buy me a fly rod and reel set up. My summer weekends were spent camping with my whole family in the Uintah Mountains in Northern Utah. I spent years fishing those streams and rivers with salmon eggs, but there was something glamorous about fly fishing that I had to try. END_OF_DOCUMENT_TOKEN_TO_BE_REPLACED

Emotional Intelligence and Ten Tips to Start Improving Yours

This week we dig even deeper into what makes us tick by exploring emotional intelligence and our Emotional Quotient (EQ) scores. Emotional intelligence is a topic that, I think, is frequently misunderstood. Many people I have talked to explain it simply as being able to understand our emotions and why things make us feel a certain way. It is actually much more than that! If broken down separately into the two words from which the concept arises it becomes clearer.

Emotion results from an impulse to act. Throughout biological evolution, we have been primed for action with good reason. For thousands of years emotions were a primal experience. Emotions meant a here and now prospect of survival. Fear resulted from the impending fight with a large animal, while excitement meant we had defeated that animal. For eons our emotions served as a guide to our survival. Emotion led to taking direct action.

Intelligence, on the other hand, implies the idea of thoughtfulness. Of taking the time to think things through, understand them, and act upon them based on what we understand. Intelligence can be book smarts, street smarts, and directed at specific knowledge. You can see how the evolutionary notion of emotion and immediate action run somewhat counter to the idea of intelligence. Emotional intelligence is, therefore, understanding our emotions and applying the appropriate actions based on that understanding.

There is an additional component to emotional intelligence that is often overlooked, which is understanding the emotions of others and how our emotions have the ability to impact their emotions. If you have ever walked into a meeting that you expected to be about a common topic and felt some tension before anyone even spoke, you have experienced the influence of other’s emotions. There have been plenty of studies to show that while showing certain facial expressions as we speak, other people’s levels of stress hormones increase . Part of emotional intelligence is understanding the nature of these emotions and how to control the situation appropriately. Some of you have an almost innate talent for understanding how this works. Others of us may have difficulty in understanding our emotions or how we influence the emotions of others. END_OF_DOCUMENT_TOKEN_TO_BE_REPLACED

Can you let the princess go? END_OF_DOCUMENT_TOKEN_TO_BE_REPLACED