At its simplest, we can look at trust using this definition by Jack Welch: “I could give you a dictionary definition, but you know it when you feel it.” I think it’s useful to explore deeper what builds character and competence to put meaning to why we feel trust in one person or situation where we don’t with another. Character is the foundation of our illusory building, if you will. Character is built of integrity and intent. Further up the walls of the building we see competence, built of capabilities and results. Let’s dig into these topics a little more and see how they affect us. How can they be used to evaluate our own level of trust?

Do You Possess the Four Cores of Credibility?

This is what trust is built upon. Are your actions in sync with your values and does this show up in your daily life? Do you have the courage to stand behind your values in all situations? Early in my career, I worked for a great company where the CEO would give impassioned speeches at our monthly employee meeting. I would leave the meeting feeling inspired to do better work and to make an important contribution to the invisible patients for which the CEO was advocating in these speeches. I wasn’t the only one who felt this way. As I talked with other employees in similar positions, they all felt like he had some gift for oration that allowed him to inject something into our brain and inspire us to greater achievements. After one of the meetings I took the opportunity to ask him in private what the secret was. At the time, his answer was a little surprising to me. He told me, “If you believe in what you are speaking about, delivering an inspiring speech is just a matter of talking about what you really believe in.” This was his measure of integrity—what he said was congruent with what he believed. Sometime later, the CEO backed up all of these speeches and proved his commitment and integrity. Despite the fact that it would lose the company money, he gave patients access to a drug we had in development. He told everyone in the world that our mission as a company was to deliver treatments to patients. Period. Financial analysts didn’t like this, but I believe in the long run it resulted in better quality partnerships. Ultimately it would lead to success in developing first class treatments.

Intent– The Measure of Your Motives

As I’ve developed in my role as a supervisor, I try to make sure that everyone who works for me knows that I am doing this job because I’m committed to them. My intent is to create a team environment in which everyone can thrive in their own way. I find that some people see leadership as a position of power; I would propose that good leaders are actually servants to those they lead. This is especially true in the environment in which we work today—a thinking economy. You have to give up the old notion of an iron fisted leader and replace it with the idea of a leader who builds teams based on collective success. If you often feel you’re leading from the side instead of the head of the table, then you’re probably this type of leader. People trust you because you’re a leader who works alongside them. 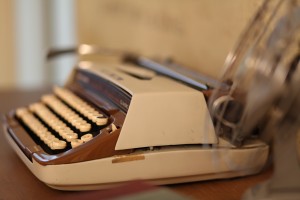 Capabilities – The Basic Measure of Knowledge

I’ve spent years going to school, working in different science labs—from research to regulated labs— while I have gained the skills I need to be seen as competent at my job. Moving into a supervisory role has required that I build new skills. I need to stay technically competent, but I also need to build skills in achieving the results through the use of a team. We can learn what we need to do a job and say it’s good enough. But knowledge is like inflation, collectively it’s increasing, so if yours isn’t, then you are going to start falling behind.

Think about how fast technology and information changes. Twenty years ago, I was in college. One of my first semester classes was English, and we had papers due each week. I was excited about writing so I went out and bought a fancy word processer.  This was before widespread ownership of computers and it would be another three years before I was able to afford a computer due to the high price. The word processor was similar to a typewriter, but it had a small electronic screen and module that stored a certain number of words as I typed. If I messed up, I could go back, correct the mistake and reprint the paper. This was a pretty laborious process.  One day in class, I was talking to another student and telling her that I had a hard time keeping up with all of the writing. Every time I proofread a paper, I would have to go back scrolling through the electronic copy ten words at a time to fix mistakes and reprint everything, then proofread and repeat. “You’re not typing your papers in the computer lab?” I wasn’t keeping up with technology and more importantly, I wasn’t asking for help, which would have made my life easier.

We can’t know everything, and most people understand that. But if you are constantly walking into meetings and aren’t even familiar with the new technology in your field, people can’t rely on you to make the right decisions. Even worse is someone who doesn’t know and isn’t willing to learn. Would you feel that your boss was capable if he were still trying to push the use of technologies that have been surpassed many times over the past ten or fifteen years?

Results –The Ability to Achieve your Goals

When you make a commitment, do you follow through with results? If you can’t achieve the results you committed to, are you clearly communicating this to stakeholders or do you try to hold off thinking they may not ask while you take the time to finish the project? Now you’ve failed to achieve the result and your intent becomes suspicious. When you fail to produce the result, do you think about this the next time? Do you consider if you have the time and resources for a project? As a leader, you have a team now and if you are overcommitting then most likely your team is overcommitting. It won’t be long before this becomes a salient problem, which will sink your ship. 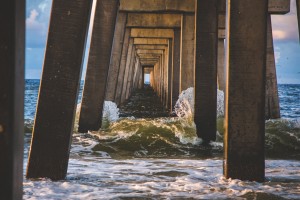 Why the Speed of Trust

What happens when trust is broken, or a member of the team lacks some of the key attributes required to create trust? Everything slows down. We view one another with suspicion, and rather than being open about our purpose, we hold back. The team starts to break down, and it takes a real leader to be able to keep things together. Remember that the leader doesn’t always have to be in a leadership position. Whether you’re a Director or a Lab Assistant, you have the chance to help the team. Start by helping the person understand how they are perceived. I’ve found that people often don’t see themselves the same as others see them. Often, they appreciate the feedback and are able to act on it to change some of the behaviors that result in them appearing untrustworthy. As the Chinese proverb says ” The best time to plant a tree was twenty years ago. The second best time is today.”.

As we have probably all experienced, but maybe weren’t sure how to put the words to it, trust isn’t something that you gain in the workplace or life in general because you’re nice; it comes from having four cores of credibility—integrity, intent, capabilities, and results. When the team begins with this foundation, you’re on your way to being a Transformational Leader. How do you build trust with your team?