The Science of Spiritual Awareness 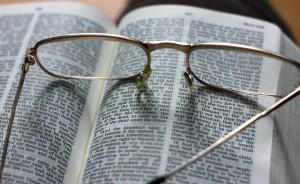 Spiritual intelligence has always conjured feelings of religiousness for me. Indeed, during my first reading of The 7 Habits of Highly Effective People, I clearly remember reading to the point at which Stephen Covey discusses reading the scriptures as part of his daily revitalization (sharpening the saw) and believing that the rest of the chapter probably didn’t apply to me, as I wasn’t really a religious person. As many of you most likely already know, and as I’ve come to understand through diverse readings and the Transformational Leadership course in particular, spirituality doesn’t have to involve religion or a specific higher power and, as I’ll describe here, shouldn’t involve any specific religion. 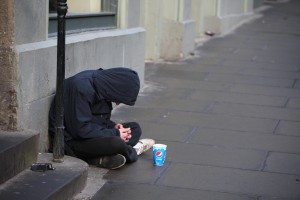 It’s about releasing our ego, and allowing the source of everything to flow through us to understand our shared experience. Spiritual intelligence transcends values and experience in life to understand everyone as the same. As I’ve discussed on previous postings, we have value sets and beliefs that we use to create a map of our world. Despite the fact that we are creating our individual maps based on our experience, true spiritual intelligence is the understanding that all of our maps will be a part of the same atlas as we all share a similar experience.

Is Everything Really Connected?

The movie Avatar is a great example as to how pain and triumph can be shared by all living things and felt as one experience. Even though the characters in the movie looked unique and had unique talents, they also shared a similar experience and felt the pain of nature when part of their world was destroyed. This is the essence of spiritual intelligence— it transcends values and ethics, our ego, to allow us to feel the connection that exists between all of life.  Today, more than ever in our human history, an increased awareness of spiritual intelligence is needed. Ironically, as the world has become closer and more accessible due to technology, we have become less connected and more distant from real human experience as we spend less time together. I think this explains the fascination with social media sites: we yearn to feel with others even if we don’t realize this is why we can’t stop opening Instagram to see what is happening. 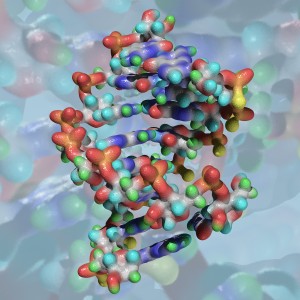 For centuries, religious explanations of life have given meaning to our existence. Gradually since the 17th century, faith based descriptions of life gave way to scientific enlightenments based on physical laws. The shift to a scientific explanation for life— the thought that we are just a collection of chemicals—gave way to disconnected melancholy that can be seen in literature and art over the previous hundred or so years. As much as science had played a role limiting our shared faith, it has also been used to restore it. In the past several decades, scientific study showed that a spiritual intelligence increases functions, benefiting our life. In class, we created kits to hand out to the homeless but there are many other practices which can increase our connection to others and improve our spiritual intelligence. It can be as simple as making a goal to say hi to one stranger a day, or it could be as involved as volunteering in an impoverished community.  Some of the proven benefits of increased spiritual intelligence are listed below.

To gain true spiritual intelligence, as Yoda said, “You must unlearn what you have learned.” We were born connected to all others. We have an innate ability to understand what others feel. We are innately spiritual. Despite this inborn ability, we can lose it as we begin to learn from others. The same as we must do to develop our other intelligence streams, so we must do to maintain or re-develop spiritual intelligence, and begin a routine practice to allow us to let go and know what is innate.

Are you ready to increase your spiritual awareness?

The musical explores how the relationship between them leads to each taking different paths in life. Throughout our own lives we are touched by many relationships. Even seemingly insignificant relationships have profound effects on our lives. When I was younger growing up in Utah, I was really interested in hunting and fishing. I read years of back issues of Sports Afield and Field and Stream magazines that my grandpa collected. I even had my own subscriptions to keep up on the current information. I read over and again every fly fishing story and technique available. Finally, I convinced my dad to buy me a fly rod and reel set up. My summer weekends were spent camping with my whole family in the Uintah Mountains in Northern Utah. I spent years fishing those streams and rivers with salmon eggs, but there was something glamorous about fly fishing that I had to try. END_OF_DOCUMENT_TOKEN_TO_BE_REPLACED

Can you let the princess go? END_OF_DOCUMENT_TOKEN_TO_BE_REPLACED

How Are You Selling Possibility?

“I tend to get bogged down in the process of writing and editing these blog articles. It’s kind of a feeling like I’m turning them in for a grade so they need to be perfect up front. What I really want to do is just write and see what works and what doesn’t.”

It may have been somewhat foretelling that I said this to Greg (Executive Coach and Transformational Leadership Instructor) the morning before our third Transformational Leadership class. His answer was along the lines of, “Yes, just write and we’ll produce good stuff.” That night we watched a video, ‘Leadership, the Art of Possibility’ – a short piece featuring Benjamin & Rosamund Zander. Rosamund is a Psychotherapist who wrote the book upon which the documentary is based.  Together, the Zanders present twelve practices, based on Benjamin’s experience as conductor of the Boston Philharmonic, to bring more creativity into our endeavors. One of their tenets is to give everyone in the class an A on the first day. As Zander says, “The A is a possibility to live into, not a standard to live up to.”